The Beginning of the Reclaimed Lumber Concept 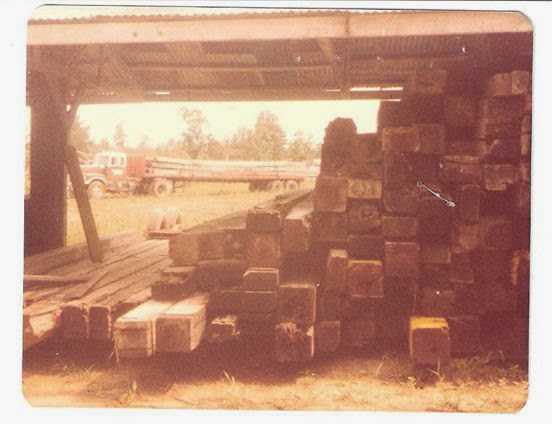 January 1, 1980 – After four years of concept development and gaining funding, Albany Woodworks is incorporated as a reclaimed lumber and furniture company. It’s permanent home became Richard and Judith’s property in Albany, LA.  It was the start of a new family, a new business and a new trend of reclamation. The first purchase for Albany Woodworks was  hundreds of thousands of board feet of virgin growth cypress beams. The Louisiana Cypress Company Mill in Ponchatoula, Louisiana was a key company that created a boom of a small town during the 1930’s through to 1956 when the mill closed. After laying empty for 20 years, it was being torn down. Richard saw his chance.  “It was the original cypress from the Ponchatoula Cypress Swamp and it was amazing wood. We did everything by hand when we started. We had four guys and the will. I calculated that we moved 40,000 pounds of wood in a day by hand. But it was a start and why we still have a great appreciation for what we have built today. We actually still have a piece of one of these beams in our home to remind us of where we started!”  Richard began selling the beams to companies and residents alike. The interest he received in the reclaimed wood versus furniture encouraged Richard to switch over to milling flooring two years later. 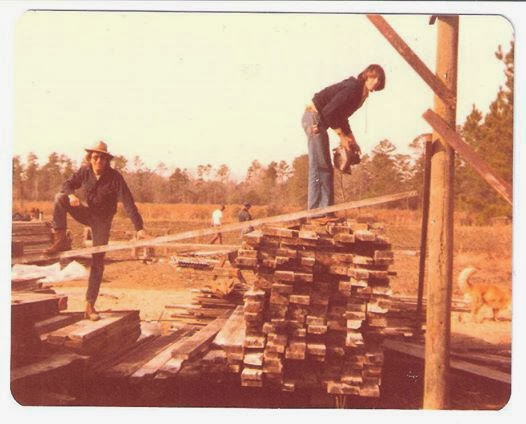 Richard Woods (left) and a friend sort through the lumber cut from the beams and trim them to size.
By albanywoodworks
Louisiana History / Startup