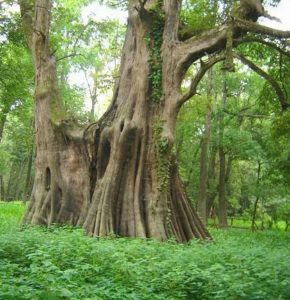 (Above) The Cat Island Swamp Champion Bald Cypress located in St Francisville, Louisiana is the largest living cypress with a 53 foot girth and 90 foot height. It is believed to be between 700 and 1,000 years old. Fun Fact: Bald cypress trees were the last of an ancient species of trees that existed when #Megalodon roamed the seas during the Cenozoic era. We reclaim and use the lumber from these cypress trees for our products. #sharkweek

There are still some very ancient bald cypress trees still in existence. Some of the oldest known bald cypress trees reside in Three Sisters Swamp in Balden County, North Carolina. Methuselah, the oldest identified bald cypress in the Eastern U.S., has been dated back to 364 A.D. Previously, the Senator, located in Florida, was a 3,500 year old bald cypress. The Senator’s age was mind blowing if you think that when it began to grow, writing was being invented, the Bronze age was beginning and the infamous Mayan Calendar began. Unfortunately, the Senator burned in a fire back in 2012. Methuselah is not believed to be the oldest cypress in Three Sisters Swamp but it is one of the oldest that is sturdy enough to complete age testing. 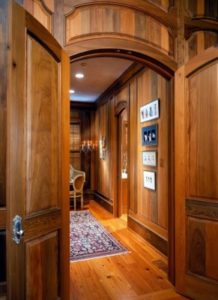 Companies like Albany Woodworks give new life to these ancient trees that once dominated the swamps. When logging first became popular in the 1800’s, giants like these were logged. Albany Woodworks reclaims these virgin cut cypress materials and turn them into gorgeous reclaimed wall paneling, doors, shutters and more. Find out more about these products here.