Blogger’s Note: The historic record on virgin-growth Cypress in the south is extensive, but not much is mentioned about the contribution of the Louisiana ‘swamper.’  This is the story of the original axe men, and their self-taught logging practices that allowed survival in the harsh reality of 1700s frontier life.  Leaving their families for months at a time to explore the dense bayou forests of Louisiana in two-man teams, taking down hard-won trees to float out of the swamps in huge 500-log rafts en route to lumber mills along the Mississippi River. 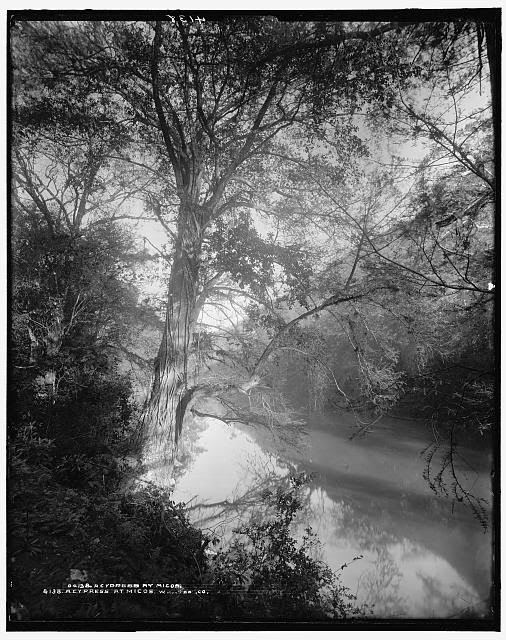 “Pre-Steam Power – Animals
In the early times teams of horses, oxen, and mules were used to transport logs when conditions were feasible.  Because most timber in the early period had to be harvested in low-river stages, sometimes the banks of waterways were exposed and firm enough to facilitate dragging logs.  ‘Snaking’ as it was called, was often hard work as the weight of the logs caused their front ends to sink in softer ground and slow the process.  The logs were occasionally moved using animals well into the 20th century, but only in unusually dry conditions. 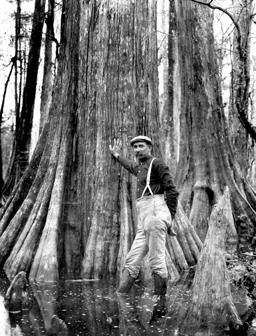 Girding and Poling
In the early 18th century the French loggers, known as ‘swampers,’ moved green cypress timbers by tying logs off to rafts because the green, moisture-laden logs would readily sink.  This occurrence gave rise to the name ‘sinker cypress.’  One 18th century merchant used large ships to move his cypress because of the frequent losses of logs that broke their moorings in the current and sank.  By 1725 the French had solved the problem of ‘sinkers’ by girdling the trees.  The swamper would contract to go in several months prior to harvest time and girdle the trees in order to reduce the green weight at pole-time.  By girdling, the tree was usually dry enough to be floated out at pole-time.  Other benefits in girdling included the following:  logs would float in millponds, moving logs was easier because the steel tongs used did not pull out as easy, the dry heartwood did not bind the saw, and dried cypress did not mildew when sawed. 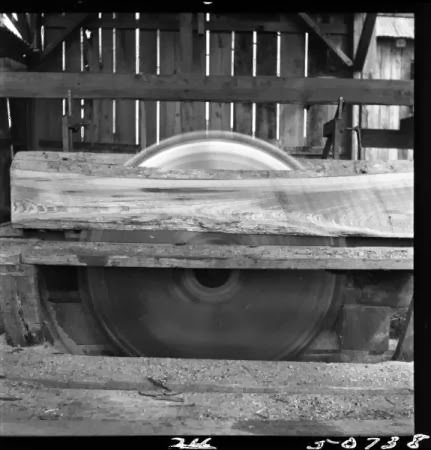 When felling time came, swampers would make their way into the cypress brakes for the duration.  The river determined the harvest season because its water was the primary method of transportation.  Typically the river rises in the spring and usually peaks in June before falling.  This meant the felling was done in anticipation of the spring rise and all the timber moved to the mills in the spring and summer.  Swampers employed by Natchez mill-owner Andrew Brown in 1840 were paid $20 – 30 per month plus rations.  Axes and cross-cut saws were used. 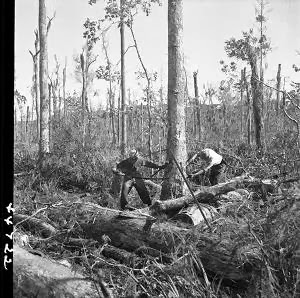 A pair of experienced axe men could fell, top, and buck 2-4 trees per day.  Typically two men would cut notches in opposite sides of the tree and place springboards inside the notch to stand on.  The notches can still be found in many stumps in Louisiana swamps.  The two men would place the spring boards high enough on the tree to get their cut above the butt-swell.  Wedges were used to direct the tree as it fell.”  Photos courtesy of the State Library of Louisiana.