Off the coast of New England lies a private island full of little known history. Gardiner’s Island has been owned by the Gardiner family for 400 years and is believed to the be nation’s largest privately owned island and oldest family estate. Also believed to be the last remaining estate that was directly given from the British Monarchy. 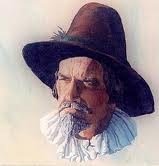 The island was settled by Lion Gardiner in 1639. Born in England in 1599, he and his wife Mary came to New England in 1635. Lion was a military engineer and was brought over to oversee the fortification of the new colonies. Considered a wise man, Lion was not only granted the island from the Crown but he respectfully purchased it from the Montauk Indian tribe. He built Gardiner Manor and made a choice to become a steward to the island, keeping as much of it intact as possible. His descendants still own the island to this day and continue to take pride in their family’s stewardship. The island is home to countless historic events during the Revolutionary War and War of 1812, pre-Columbian forests, the birth place of a first lady of the USA, the oldest structure in New York and reportedly pirate treasure.

In 1639 when Lion Gardiner first settled, he reportedly built a carpenter shed which still stands to this day. It is said to be the oldest wooden structure in New York. Not far from the shed lies one of the few remaining virgin growth forest on the Atlantic seaboard. The Gardiner family is incredibly proud at their ability to maintain the environmental integrity of the island and all of its diversity. The enormous size of these amazing trees can be seen in the construction of the island’s buildings including the infamous Windmill, which was built in 1795. It was reported during the construction that the trees used for the windmill were hand cut and hewn out of the forest. Some of the trees used were 4 feet in diameter. They used oak and mulberry to frame the windmill. 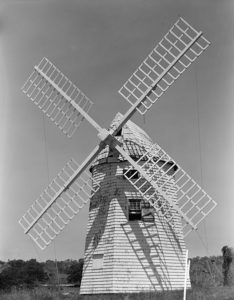 It was also reported that this windmill was one of the finest made of its time. The Gardiners made sure that the interior was well finished and refined. The huge wooden beam that provided the support for the windmill was cut by hand into a perfect octagon. This was not a common practice especially for the inside of a structure meant for production. 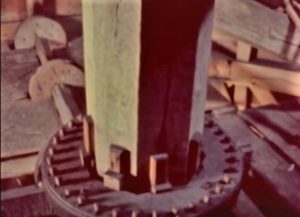 Stay tuned for our next blog about Gardiner Island where we go into the Island’s role in two major wars and discuss the hidden treasure that once was hidden in the great forests.

The Woodwork Wonders of the Biltmore Estate