A Visit to the Redwood Forest of Northern California 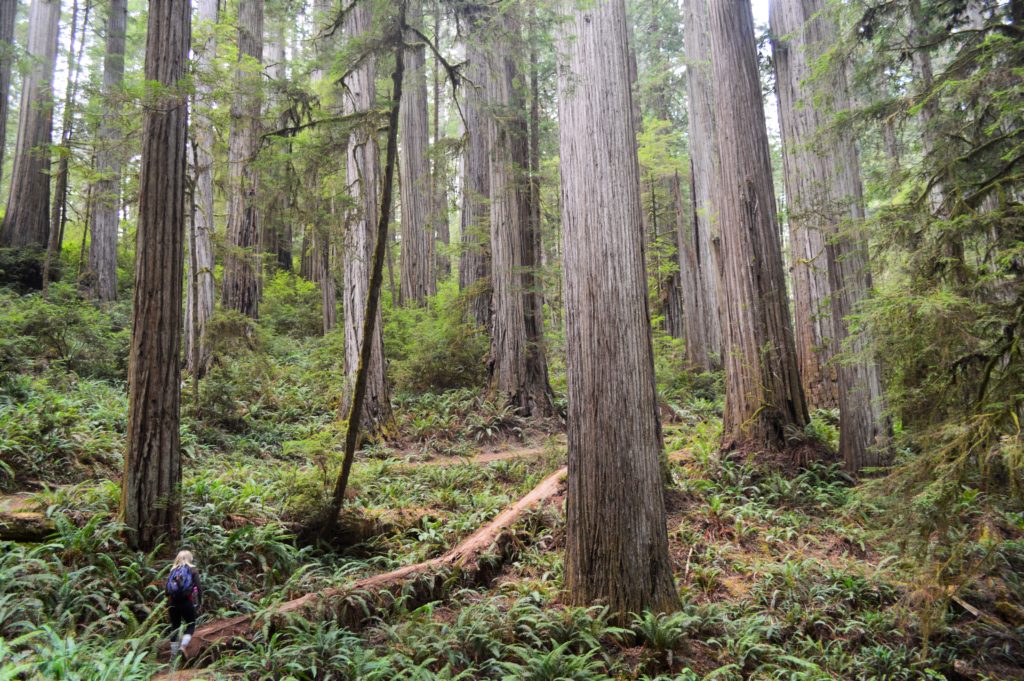 Look at a picture of the redwood forest or hear a story of a visit and you think you are prepared for the experience. Actually stand in the middle of the prehistoric forest of these colossal, ancient trees is an experience that cannot be expressed with words. A recent trip to the Jedediah Smith Redwood State Park in Northern California encouraged this blogger to look into the history of these amazing trees. 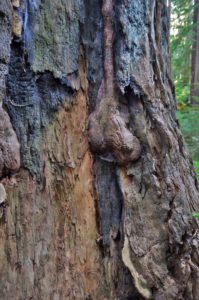 The lighter center of the tree can be seen and the darker gnarled bark surrounds it, burned away from repetitive fires.

Redwoods have been on this earth for 240 million years. There is a reason you feel like you stepped back into the age of the dinosaurs when you enter the forest. The soaring heights of the trees shade most undergrowth except for expanse of ferns that add to the prehistoric ambiance. Reaching upwards of 300+ feet high, redwood trees get their ability to grow to such heights and ward off disease and fire damage from their incredibly thick bark. The bark (pictured right) is at least a foot thick. On some trees, it can be as thick as 2 feet, giving the tree its sturdiness. 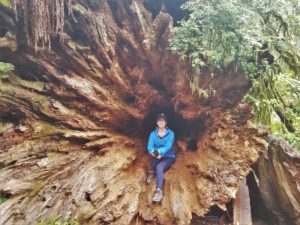 For such large trees, the fact that their roots are quite shallow was a surprise. The root system grows in a large circumference sometimes as wide as 100 feet, intertwining with neighboring trees to provide a solid base. When these giants do finally fall, the stump left behind is unimaginable. Large enough to dwarf a full size adult (pictured left) with a beautiful display of woven roots.

Redwood tree timber is known for its resistance to moisture and was a highly sought after wood. One logger was famous for his redwood log home. In the 1930s, California lumberjack Jim Allen took shelter from a storm in the trunk cavity of a giant redwood. Impressed by how protective it was, he purchased a section of a redwood log and carved a 3 room home. He lived there for seven years. The log house weighs 36,000 pounds and took a year to carve. The redwood tree is still in the Allen family to this day. 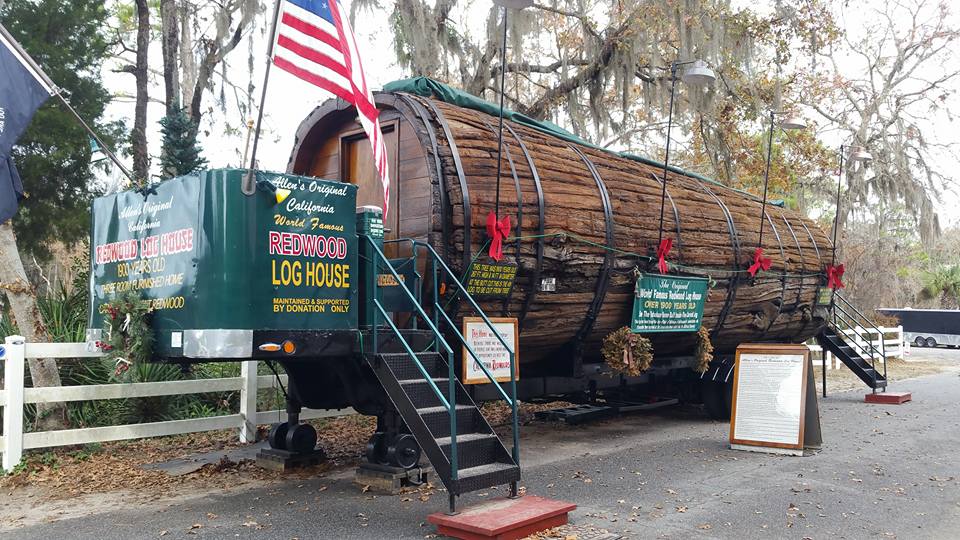 In the early 1800’s, there was over 2 million acres of redwood forests in the United States. The gold rush of the 1850’s brought settlers to California and with that logging of the redwoods. Within 60 years, the millions of acres were reduced to hundred of thousands. It began to concern some who were interested in preserving these glorious trees. The Save-the-Redwoods League was formed in the 1910’s and they began purchasing as much redwood forest lands as they could. They worked hard with the state of California to create state parks to preserve these unique trees. In the 60’s, the preservation push continued and the Redwood National Forest was created. To this day, these amazing trees still stand tall thanks to the dedication of the original Save-the-Redwoods League and continued conservation efforts by state and national agencies.

California Home Ranks Among Best Architecture in the US